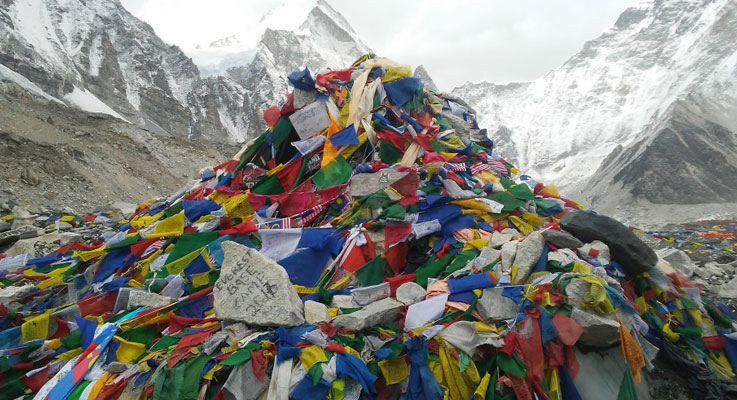 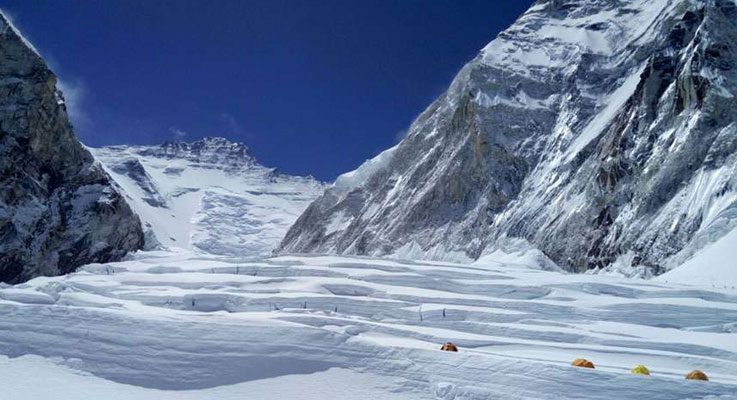 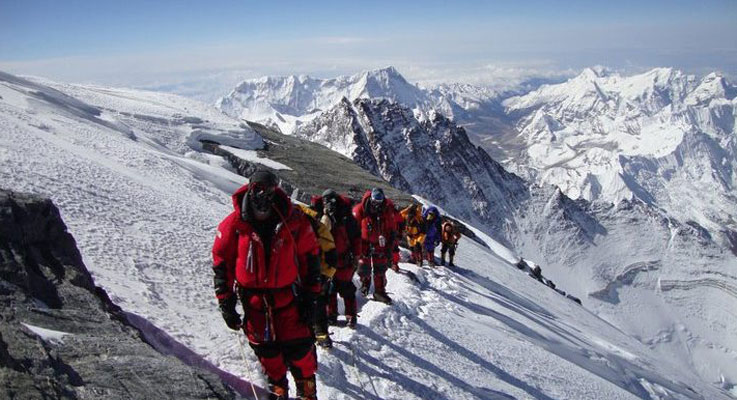 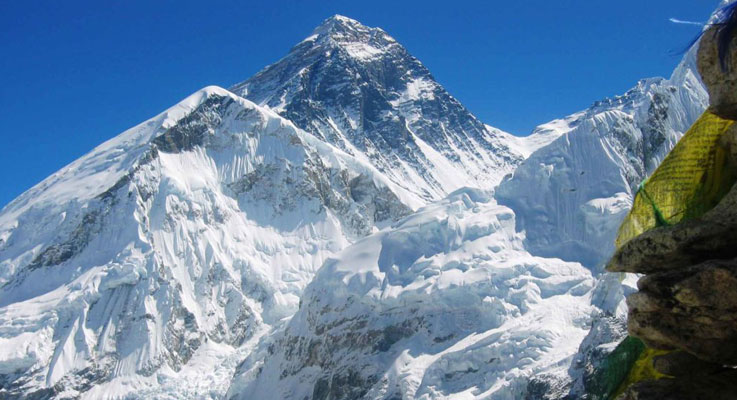 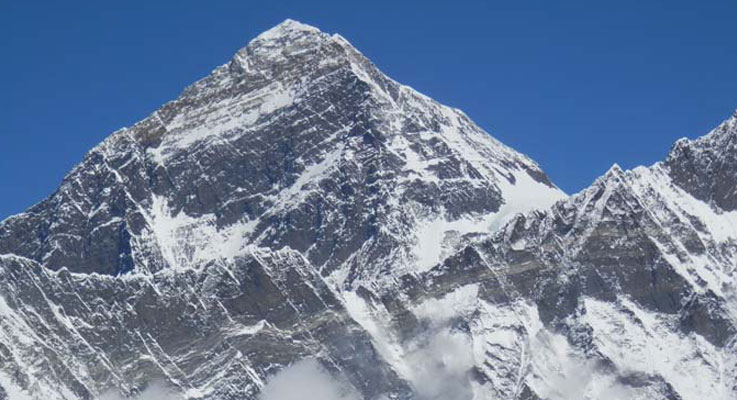 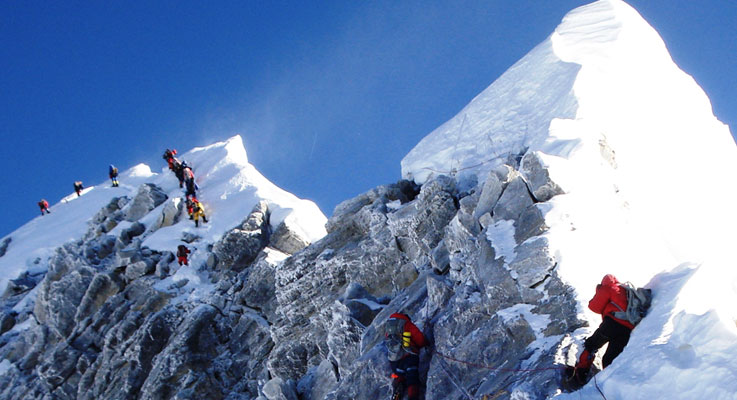 The most popular choice among the mountaineers for Everest expedition is via the South Col which gives the most assured means of reaching the top. Time spent over 8000m is less in the approach to the summit on the south side as the summit is attempted in one push. Furthermore the south route has a good record of success due to the easy access of the route once it is opened by the first summiteers of the season.

The admired Everest expedition trail is followed to reach the base camp for the Everest expedition. A short walk along the moraine leads to the icefall with large crevasses which are considered one of the obstacles for the expedition. Our entirely experienced expedition Sherpa teams fix this section with ropes and ladders which makes easier for the climbers to cross this section to reach Camp 1. The terrain is gradual climb to reach the Camp 2. From here climbing on mixed snow and ice leads way up the Lhotse Face to Camp 3. From the camp 3 climbing on moderate mixed snow and rocks is not easy which leads to South Col- the Camp 4. The route steepens after ascending snow slopes to reach the crest of the South East Ridge and easy climbing and then again steep climbing leads to the South Summit. A short traverse to the Hillary Step and then climbing on short, steep rock and snow groove of notorious Hillary Step leads to the final ridge to the summit.