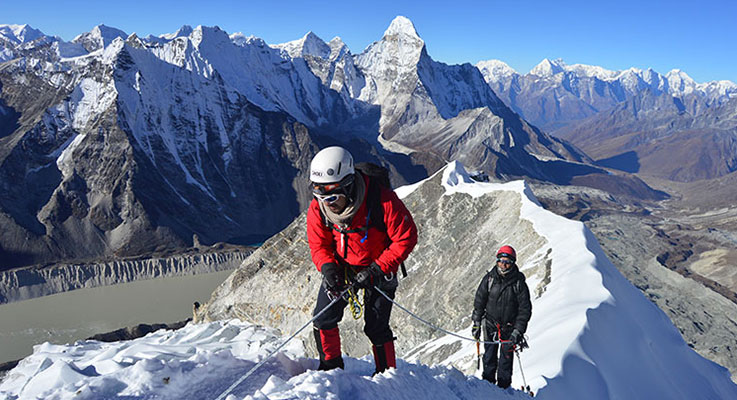 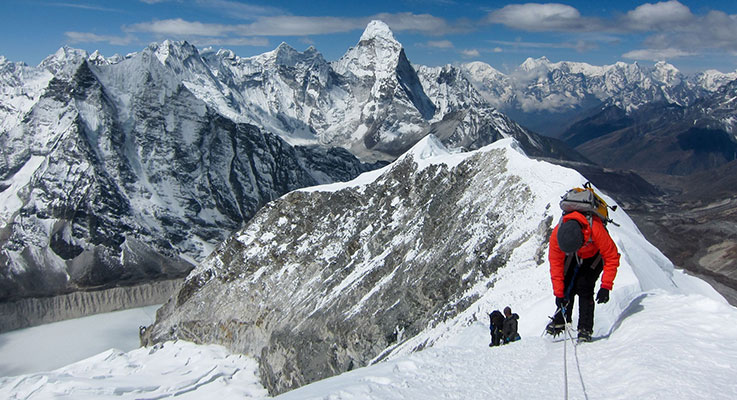 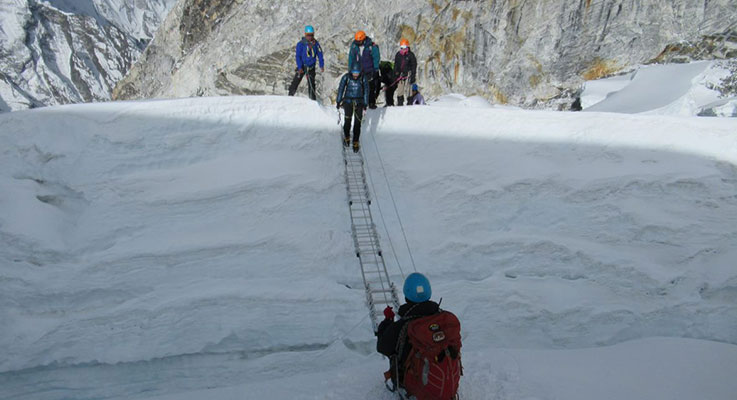 Island peak climbing takes you to the acclimatization hike to the most popular trekking destination of Everest Base Camp and Kala Pattar first for the close up views of Mt. Everest before scaling the pick. Island Peak was the name given to the mountain in 1952 by Eric Shipton's who thought it to be reminiscent of an island in a sea of ice. It is also known as "ImjaTse" in Sherpa Name.

After exploring the temples, shrines, bazaars and restaurants of Kathmandu we take an exciting mountain flight to Lukla and trek up the DudhKosi Valley, surrounded by the soaring peaks of Thamserku and KusumKanguru. It’s a steep ascent to Namche Bazaar, capital of the KumbuSherpas, where we are again greeted by spectacular mountain vistas. A rest day here aids acclimatization and there are great optional walks to enjoy the area.

We continue trek to TengbochePheriche and accommodate at high altitude in Gorakshep. After enjoying with magnificent views of Mt. Everest and surrounding peaks, we continue descend to Chhukung to prepare for the ascent of Island Peak. After a day of walking from Chhukung we reach the Island Peak Base Camp to prepare for to attempt the peak. It may take an additional day or two to scale the peak depending on weather conditions. For some people reaching to the summit from the base camp is a day activity. However, some climbers prefer alpine style camping at high camp which adds the joy of climbing and also helps a safe ascent. After a successful climbing we return at our leisurely pace back to Namche and Lukla for our return flight to Kathmandu.