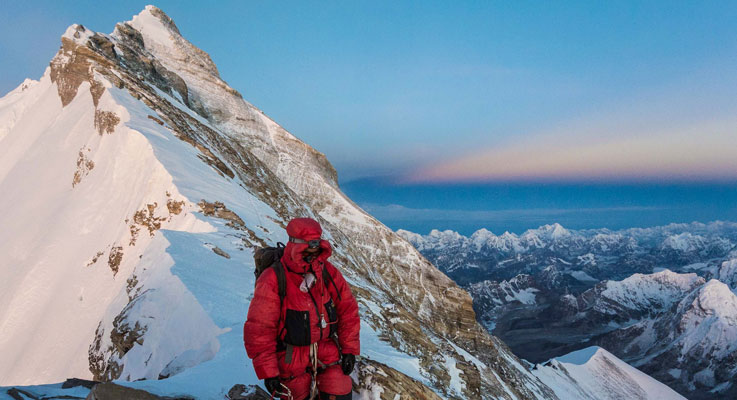 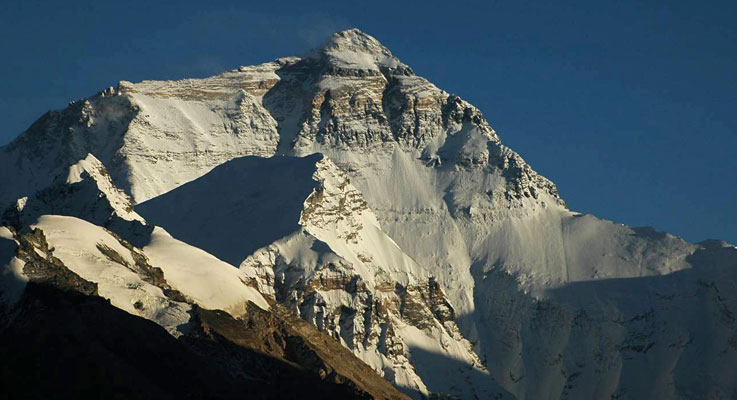 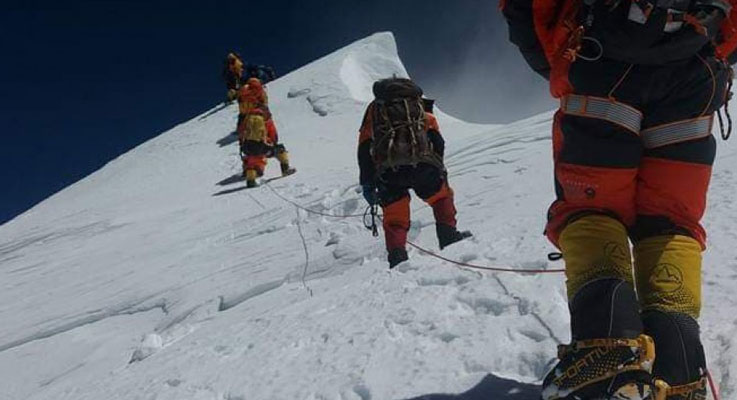 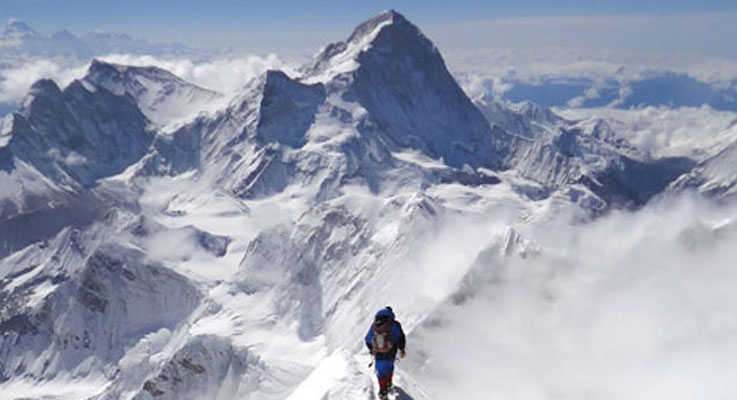 Everest climb via North (Tibetan) side is the least expensive way to climb it. The trip begins in the ancient and colorful city of Kathmandu. On the Friendship Bridge, border Crossing between Nepal and Tibet. Upon entering Tibet, the clocks immediately go forward by 2 hours. Our secondary government liaison officer will meet us in Zhangmu. After clearing Tibetan customs and immigration, a Chinese bus takes us up the windy road through the rolling hills to Nyalam town at 3,750 meters, and a basic "hotel". The smaller towns in Tibet are generally simple and rustic places, and this one is no exception. The topography here is quite interesting in that we are perched in the transitional zone where the Tibetan plateau rams into the Himalaya, then drops into the forested valleys and jungles of Nepal, and finally out into the Gangetic plain of the Terai and India. We stay over one extra night in Nyalam, to help adjust to the altitude, and during our "rest-day" in Nyalam, we take advantage of the interesting surroundings to walk to the top of local hills and savor the first glimpses of the Himalayan Giants.