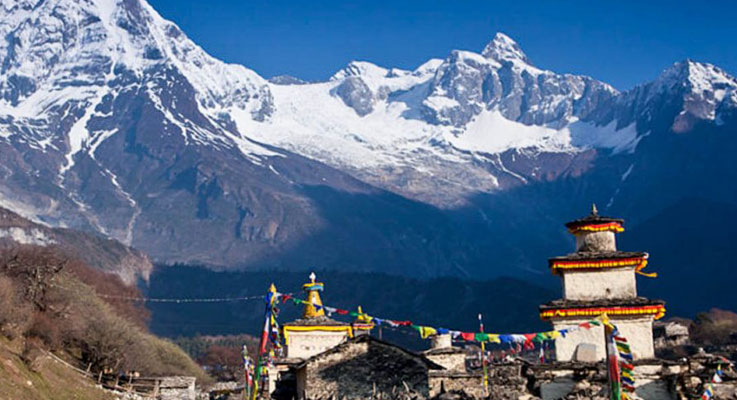 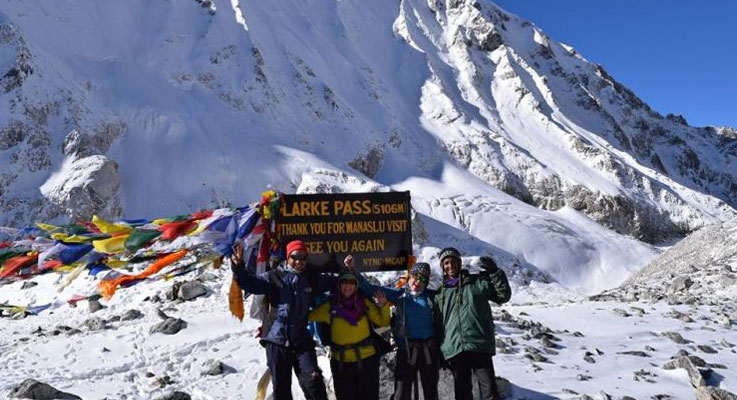 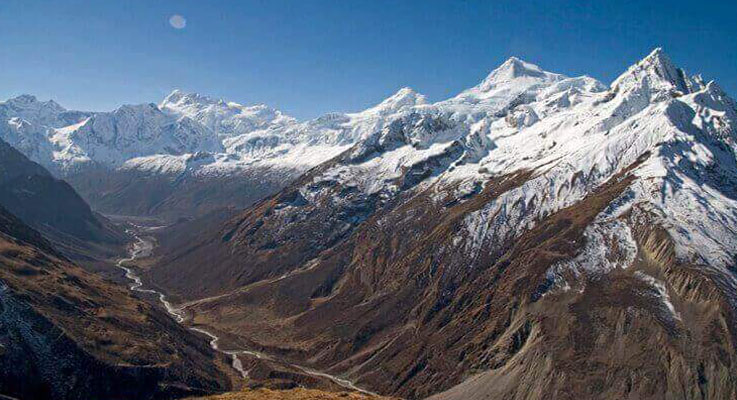 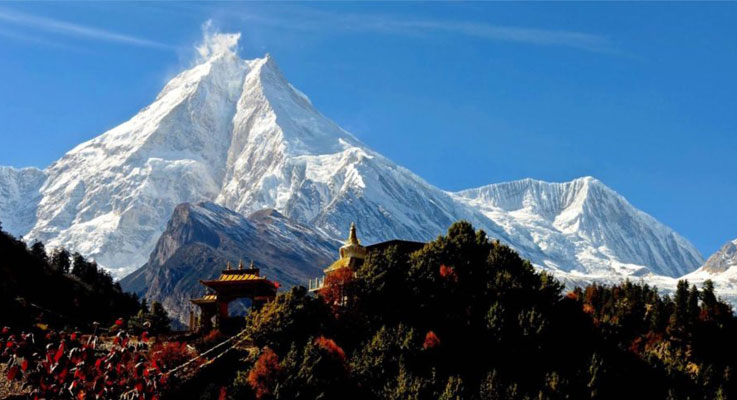 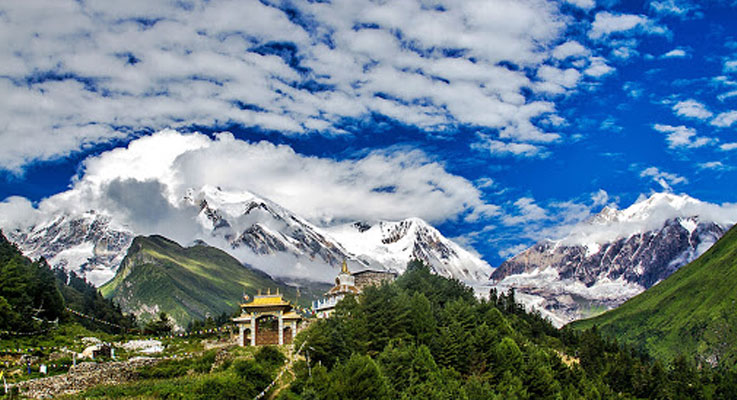 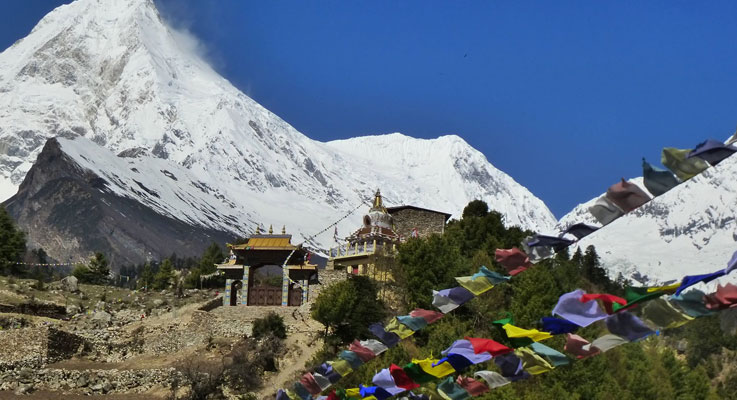 The Tsum Valley is situated in the northern Gorkha district of Nepal, surrounded by the Buddha Himal with Himal Chuli to the west, Ganesh Himal to the south and Sringi Himal to the north. Tsum is one of the eight sacred valleys (called Beyuls) in the inner Himalayas and owes its genesis to the 8th century Buddhist saint Padmasmbhava. Legend has it that Padmasambhava created beyuls as a refuge for people fleeing from the adverse effects of war, famine or religious persecution. Saturated with Buddhist culture, these valleys uphold religious values and help preserve a lost way of life. Tsum valley is inhabited by Tsumbas, an indigenous community and together with the majestic back drops of the famous Ganesh Himal, Sringi Himal and Buddha Himal, this serene valley carries a history of ancient Himalayan civilization styles; culture, art, tradition, religion, customs and thinking.

The Tsum Valley landscape is dotted with mani walls, chortens and kaanis (gateway chortens). Chortens are Buddhist religious monuments, also known as stupas, which are distinct features in Tsum Valley. They are erected to ward off evil spirits from places that are identified as thresholds such as confluences and bridges or to commemorate the visit or death of historic figures, lamas or even relatives. Kaanis are also called gateway chortens placed before the entry of any village which travelers are supposed to walk through. Mani walls are long walls made of mani stones i.e. stones with carved mantras. The main purpose of these mani walls is to ask the help of the gods for the well-being of travelers.