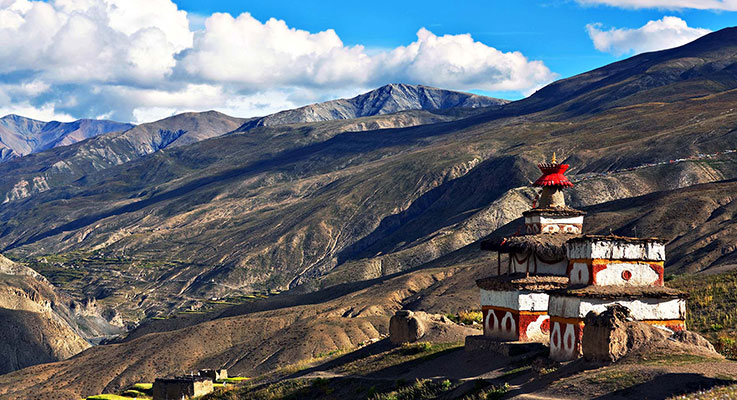 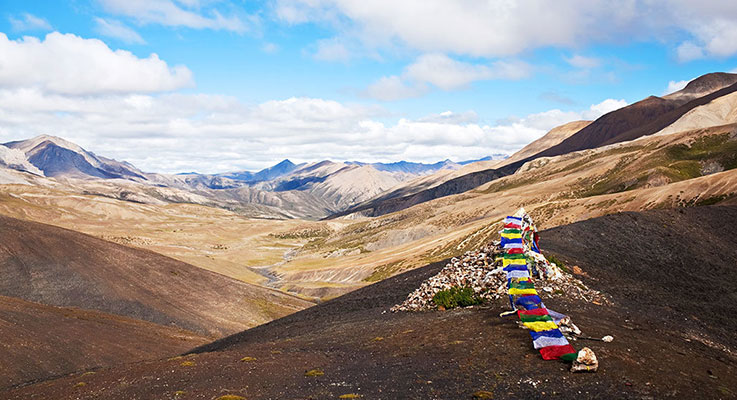 Dolpo, a land beyond the Himalayas, conjures up visions of mysterious monasteries, snow leopards and blue sheep. It is situated in the western part of the country, and is one of the most remote regions in Nepal.

The Dolpo region is a very isolated area which has been strictly off-limits until only recently, so the traditions and way of life have remained intact. In the autumn of 1990 the first British tour operator organized a trek from east to west, from Pokhara to Jumla through Lower Dolpo.

This trekking route passed many gigantic mountain ranges - Annapurna , Dhaulagiri and Kanjiroba, to name but a few - and passed through Lower Dolpo , at one time a small kingdom in its own right. The trekkers of this regions are enthused greatly about the wild remoteness, the stunning mountain scenery and the fact that the local people had that innocent friendliness peculiar to people who live in excessively remote mountainous regions.

The people that live here number only a few hundred and are among the world's highest dwellers. The villages in Upper Dolpo are 4,300meters and above. It is here specifically that people still practice the pre-Buddhist Bon Po religion. This early sect was almost entirely replaced after Buddhist doctrine began to spread across Tibet in the 9th century.

Peter Matthiessen's "The Snow Leopard" and David Snellgrove's "Himalayan Pilgrimage" have contributed to the mystique and attraction of Dolpo. Both writers visited the Shey Gompa, to the north of the Phoksumdo Lake, inner Dolpo. This is the goal of most trekkers but this Dolpo trek will take you even further into this mysterious land.