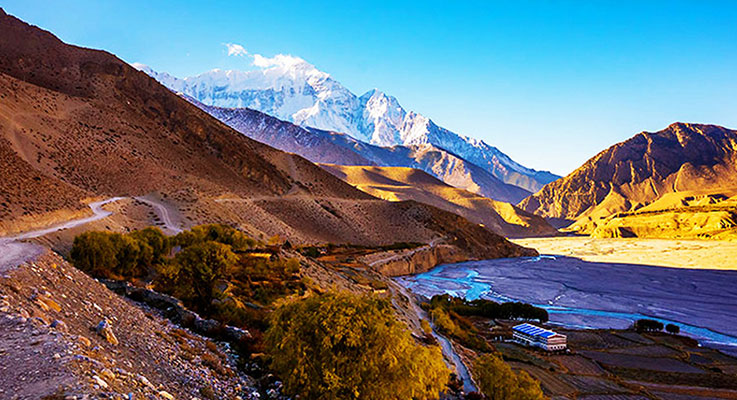 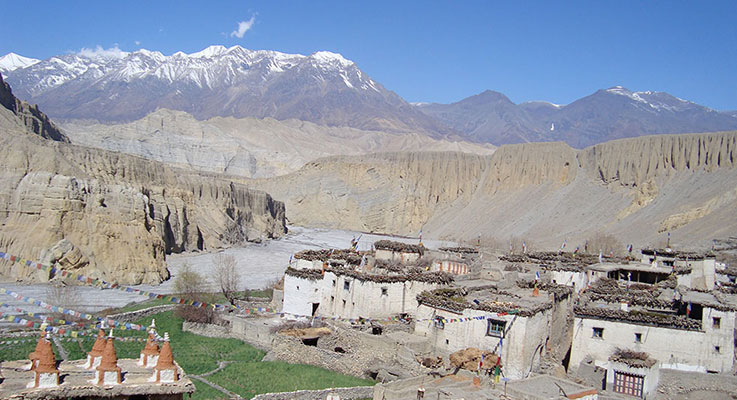 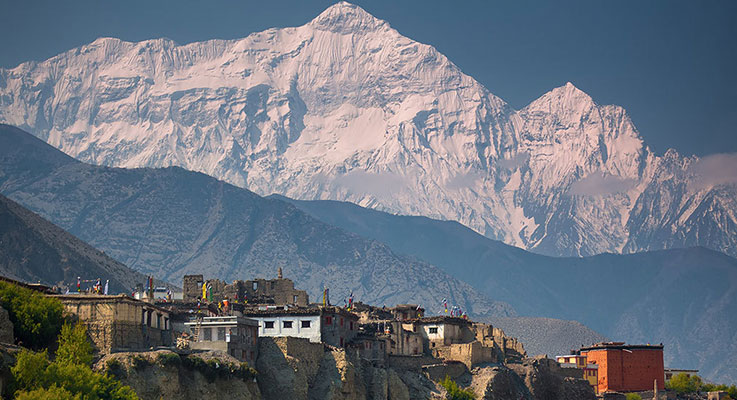 It is quite likely that the Tibetan poet Milarepa, who lived from 1040 to 1123, visited Lo. Upper Mustang was once part of Ngari, a name for far western Tibet. Ngari was not a true political entity, but rather a loose collection of feudal domains that also included parts of Dolpo. By the 14th century, much of Ngari, as well as most of what today is western Nepal, was part of the Malla Empire governed from the capital at Sinja, near Jumla.

It is generally believed that Ame Pal was the founder king of Lo in 1380. The ancestry of the present Mustang Raja can be traced 25 generations back to Ame Pal. Ae pal, or perhaps his father, conquered a large part of the territory in the upper Kali Gandaki and was responsible for the development of the city of Lo Manthang and many gompas. To the west, the Malla Empire declined and split into numerous petty hill states.

Lo maintained its status as a separate principality until 1951. After the Rana rulers were overthrown the King Tribhuvan re-established the rule of the Shah monarchs on 15 February, 1951. Lo was more closely consolidated into Nepal. The Raja was given the honorary rank of colonel in the Nepalese army.

In Lo itself the countryside is similar to the Tibetan plateau with its endless expanses of yellow and grey-rolling hills eroded by the wind. There is more rain in the lower part of upper Mustang and the hills tend to be great red fluted cliffs of tiny round stones cemented together by mud. Villages are several hours apart and appear in the distance almost as mirages, during the summer season. After the crops are planted, they are green oases in the desert-like landscape.